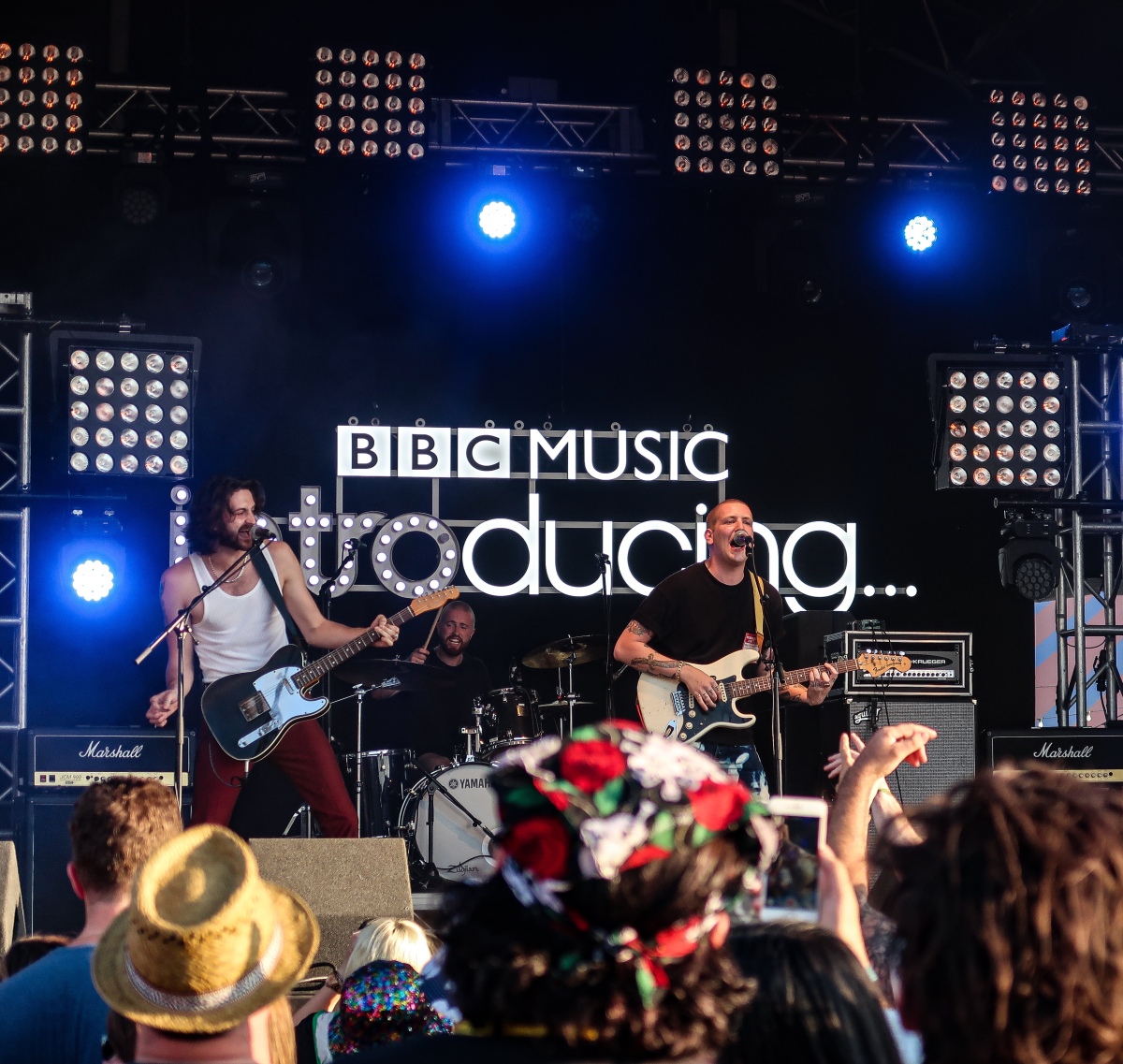 Piecing together our musical roundup this year has been by no means an orthodox task. Perhaps the strangest year for music in the industry’s history, we’ve missed out on music in its rawest form with the cancellations of festivals and concerts all over the world. That being said, music as ever still maintains its seminal characteristic, it has, without doubt, continued to be a force pulling us all together in our absolute darkest of hours. Last year for me, induced a need to crack open the Specials as throughout lockdown, whilst feeling (absurdly) obliged to make use of my daily walk as if it was some kind of liberty I took pre-covid, it did appear as if we were all living in a ghost town. But have courage, the end is in sight, live music though ravaged by covid-19 much like the rest of the entertainment industry will make its return- we just have to hang in there for a little while longer.

Aside from all the doom and gloom and me whinging about missing gigs (yes my family are incontestably bored of hearing about it) there were still successes in 2020 which I must dignify a round of applause. However, you must bear with me whilst I try and keep this entertaining for you, after all, this isn’t the music industry’s 2020 honours ceremony, my name isn’t the Queen and I don’t hand out MBE’s though if I could, there are a few artists I would have in mind. I must offer my condolences to those artists, however, as Craig David was handed that one, I heard the Duke of Edinburgh is a big fan.

Nevertheless, there were plenty of other awards to be won, in September, the Mercury Prize went to Michael Kiwanuka for his musically cohesive, self-titled, third album KIWANUKA. The album saw him confidently come into his own, resolutely regain his Ugandan identity and defy record producers who suggested that he alter his stage name to make it ‘easier’ to pronounce, which would supposedly help to sell more records. As it turns out, Michael Kiwanuka didn’t need any “help”,  rather, his refusal to conceal his cultural heritage and instead, his decision to amplify it with an instrumentally resplendent album that featured graceful yet consequential melodies is what secured his success. All of this combined with unique and mesmerisingly melodious vocals makes KIWANUKA a celebration of culture, an artistic and musical triumph, and a well-deserved winner of the 2020 Mercury Prize. My steadfast enthusiasm, though unshakeable, cannot deny the other nominees, however, who consisted of the wonderful Laura Marling for her album Song For Our Daughter, the acclaimed grime artist, and game-changing Glastonbury headliner, Stormzy, for the album Heavy Is The Head and alternative rock intellects, Sports Team, for their striking yet sensational debut album, Deep Down Happy, amongst others.

An album that particularly stood out amongst this year’s nominees was Dua Lipa’s second studio album, Future Nostalgia which possessed the perfect blend of retro references and pop princess anthems making for a high spirited piece that certainly lightened up what felt like an endless national lockdown. Future Nostalgia included hit tracks Break My Heart and Physical but our personal favourite was Don’t Start Now which features a confident and carefree storyline with Dua declaring that bad ex-boyfriend a thing of the past and a thing she’s moved on so much from that ‘it’s scary.’ Dua Lipa’s third studio album certainly served up some of the joy that we needed to power through 2020 and it also deservedly put her at third in the UK album charts last year. Just pipping Dua Lipa to the post, runner up in last year’s album charts, went to Harry Styles for his free-spirited album, Fine Line. The album was certainly captivating due to its inherent charm and magnetism with the hit single, Golden, offering a glorious sense of expansion. Nevertheless, the best selling album of 2020 went to the witty yet wacky Lewis Capaldi, who when he wasn’t having the nation in stitches was fabricating the heartfelt album Divinely Uninspired to a Hellish Extent. Despite only acquiring two stars from NME and three stars from The Guardian, Capaldi certainly won over the heart of the nation with his idiosyncratic ballads that truly captured the apparent flimsiness of love but also the hurt of heartbreak. Call Lewis Capaldi the male Adele if you like, because it’s certainly a fitting description.

More favoured by critics, however, was Women In Music Part III by the sisterly trio, Haim. With four stars from Rolling Stone and five from NME, the album was a stellar effort to address the prevalent issue of sexism in the music industry. It indisputably stood out from the Haim sisters’ previous releases seeing as it generally underpinned more serious topics and sustained a consistently sombre undertone. This is unsurprising, as each of the sisters found themselves under fire from new difficulties that life was rather aggressively throwing in their direction. Danielle’s boyfriend was diagnosed with cancer, Alana was bereaved by the death of a close friend and Este continued to struggle with depression as a result of her Type 1 Diabetes. Their success is wholly deserved and their formidable work ethic, even through a time of deep distress, a true inspiration to other musicians. They confront sensitive issues so personal to them with such flair and they defiantly record events where they have all been denied the respect they deserve due to their gender with clarity and strength. Women in Music Pt III makes for a truly wonderful yet thought-provoking listen, utterly deserving of the praise it has received.

Some of Transmission’s favourite albums of 2020  included The New Abnormal by The Strokes (be sure to go and read our review if you haven’t already), Foolish Loving Spaces by Blossoms but especially A Hero’s Death by Fontaines D.C.

A Hero’s Death is the second installment from Fontaines and features unarguably some of their best tracks including I Don’t Belong, Televised Mind, and Living in America. The album features the ever sullen and distinguished voice of lead singer Grian Chatten who’s voice often mirrors Joy Division’s Ian Curtis in the best way possible (just with an Irish twist). It’s difficult to describe this album in a way that doesn’t make it sound dark and gloomy, but that’s exactly what it is, the entire album is laced with this unremitting darkness but simultaneously a sense of anger and frustration. It is this wonderfully orchestrated depth combined with these intense and almost hypnotic guitar riffs that make their music so alluring.

Yet, to not end on such a solemn note, we will leave you with a few messages of positivity for the year ahead- I am aware we are already well into 2021, this post was a long time coming, so apologies and allow me to rephrase. To not end on such a solemn note, we will leave you with a few messages of positivity in mid-January. Whilst 2020 was probably universally one of the most arduous years in many of our lifetimes, especially if you’re a musician, there was some great music released last year, and whilst that seems like a microscopic drop in a monumentally ginormous great big gargantuan ocean, music has superpowers and it can put the world to rights even if it’s just for the duration of a three-minute single. Nevertheless, before you know it, live music will return and the world will be put to rights for the length of an entire concert, it sounds utterly ludicrous as we’re currently on a full-scale lockdown (or lockdown season 3 as I like to call it) but the end is somewhat faintly within sight and when that time comes you’ll be able to discuss your new favourite album or anything for that matter, with a friend in person, not over zoom or facetime. Honestly, the chance would be a fine thing. I assure you there will be plenty of albums to discuss in 2021 however, a new special from Royal Blood is on the cards or perhaps a debut album from Inhaler, either way, there are things to look forward to and with a bit of luck and a bit of the old AstraZeneca, I’ll be sat here in 2022, writing our 2021 round-up after attending a few much-missed gigs.